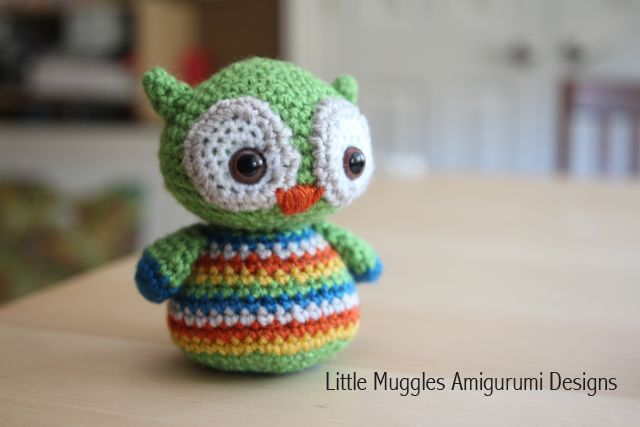 My baby owls are all made with Lion Brand Vanna’s Choice worsted weight yarns.  They are approximately 4.5 inches high.  Regarding the instructions for the body, I have indicated where the color change should start (should you wish to follow my example), but I will leave it up to you as to how you want to do your stripes.  If you prefer my example, you can view my pictures and follow the color scheme accordingly.  I like to change colors in every row but it sure can be tricky getting the color transition seam to look neat.  I found a “Jogless stripe” tutorial that I found extremely helpful.  Not only are there written instructions here, there is also a step by step video!  Check it out if you’re interested!  Please note that this character is made using single crochet spirals.  I also highly recommend using tight stitches.  The polyester pellets I use are fairly small and can “leak” out of the openings if the stitches are too loose. (For this reason, I do not recommend giving this doll to little children to play with) OK, here we go! 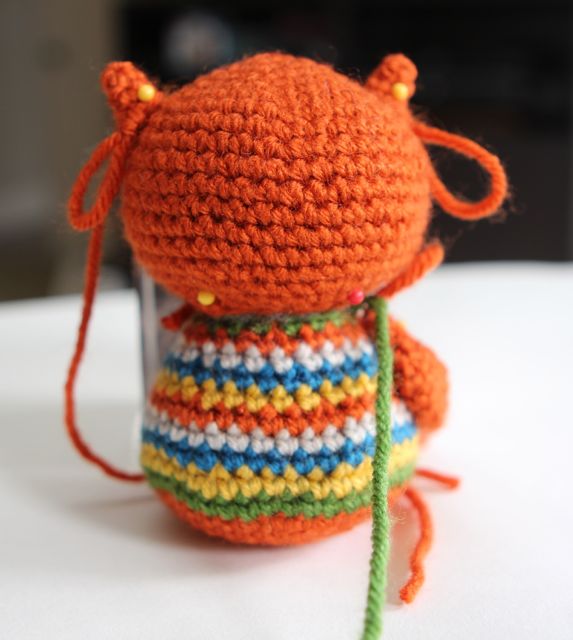 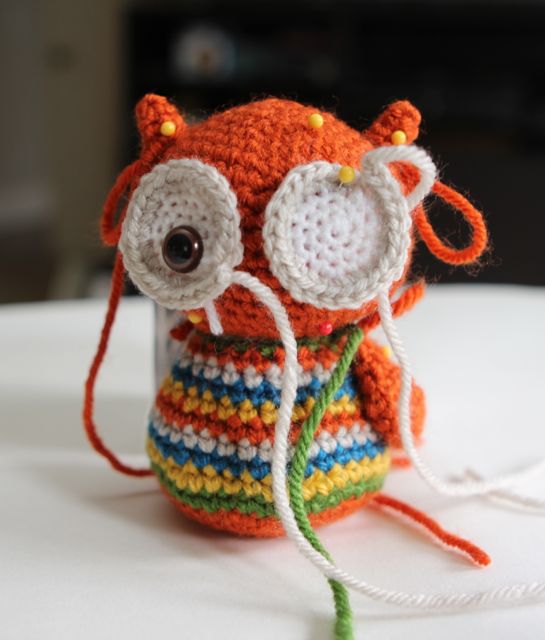 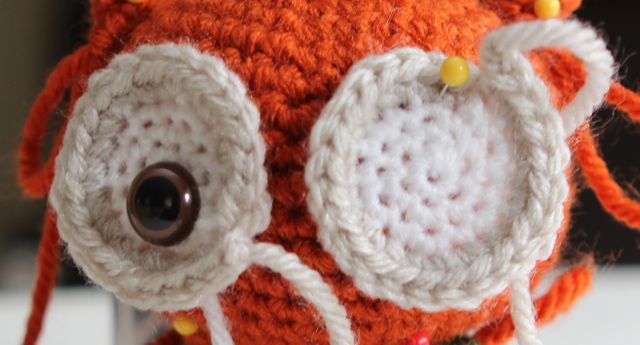 Assembly is fairly simple. Start by stuffing the head with fiber fill.  Pin the ears and eye circles in place.  See my picture to see where the eyes should be placed.   The post needs to be pushed through the eye circle as well as the head before attaching the backing.  In my example, I placed the eye post through an opening that is one row away from the center.  When you are satisfied with the placement of all the parts, go ahead and sew the eye circles in place.  Then reach inside the head and attach the eye backings.  Next, sew the ears in place.

Fill the body with polyester pellets until it is about 3/4 full.  Top it off by stuffing the rest of the space with fiber fill. This helps to keep the poly-pellets in place.  Attach the head. There should be a seamless transition at the neck because both the head and body openings have the same number of stitches.  The wings go on next.  I usually sew the beak on last.  You can also use a piece of felt in place of a yarn beak.

And that’s it! Please feel free to email me with any questions!  littlemuggles@yahoo.com 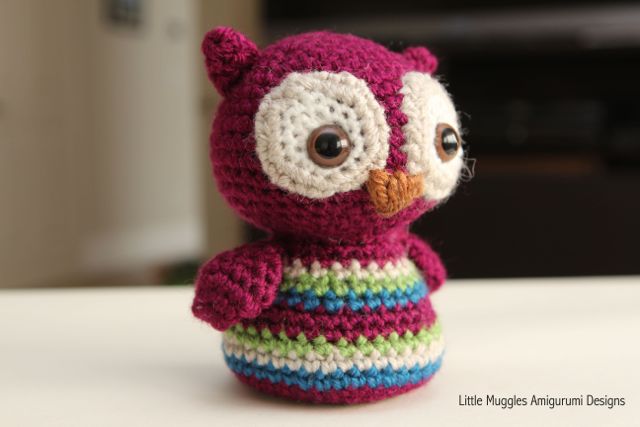 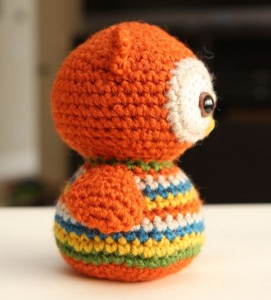 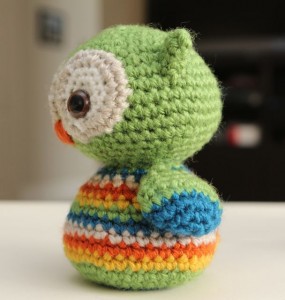 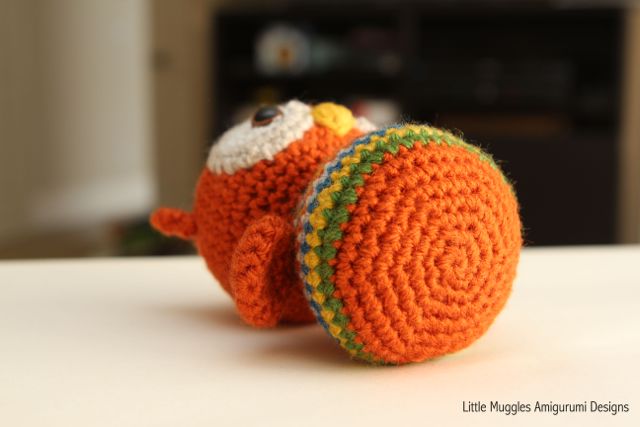 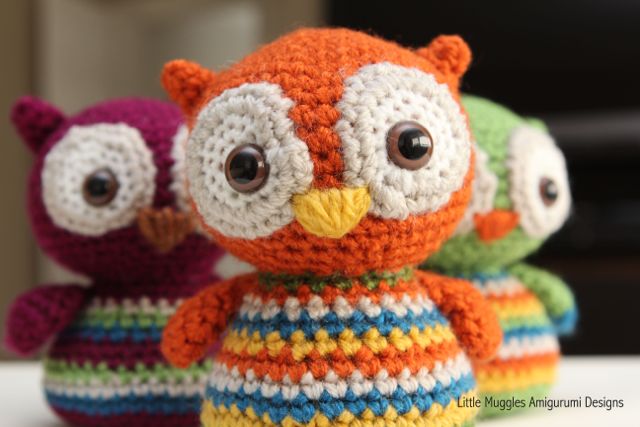 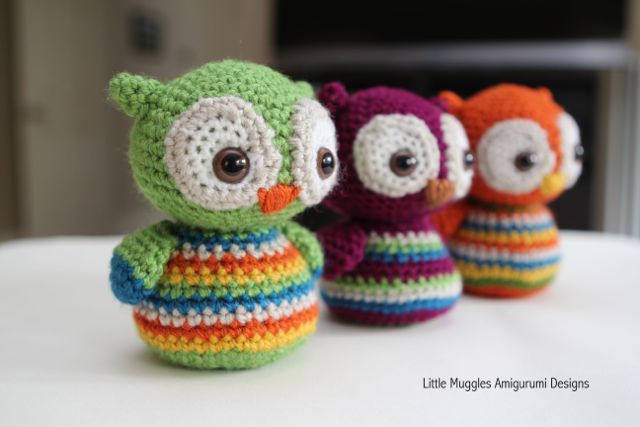