Now that I have some experience with doing color changes within a round, I decided to use my new knowledge in making my new horse ami!   “Lucky” the horse is made in a soft, neutral shade of beige and has a lovely patch of white on his head between his eyes.  I’ve been wanting to make a horse for a very long time now and what better time than now, a few months before the new Lunar New Year of the Horse?  For all of you who are interested in making a fresh crocheted horse for 2014, here is a great pattern for you!   I just finished it up and there are lots of pictures to guide you in making your own “Lucky” horse!  There is even a tutorial on how to neatly make color changes.  Dazzle your loved ones with your crochet skills and pick up a pattern today!

I try to challenge myself with each new creation I make.  For Lucky, the challenge was his mane. I have never worked a mane before and to tell you the truth, I was a bit worried that I wouldn’t be able to make it to my satisfaction.   There was plenty of frustration on my part, with lots of tying and untying knots.  There were also plenty of great suggestions from Facebook friends so thank you everyone for trying to help me out! I ultimately decided on using the popular latch hook technique…at least that’s what I think it’s called.  At one point I thought the name was a “lark’s knot”, but I think that is technically a little bit different.  If someone out there knows what I should be calling this, please let me know!  I was just confused because it seemed like to latch hook, one needed a latch hook needle.  I just used my regular crochet needle and was able to do it just fine. 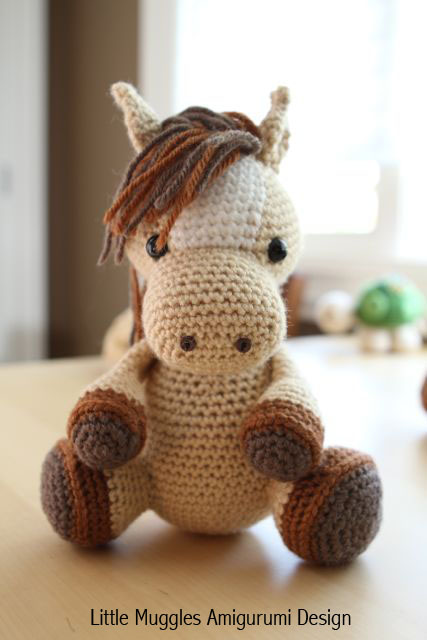 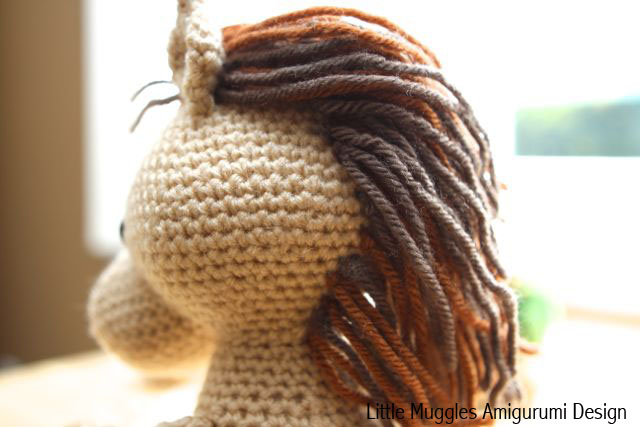 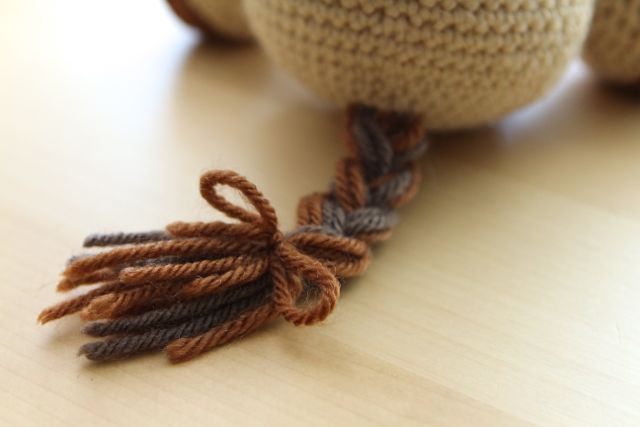 I’m pretty happy with how the mane and tail turned out.  What do you think?

For the limbs, I used the back post single crochet once in each hoof.  The only other time I’ve ever used that particular stitch was in my Peanut the Elephant pattern.  I think it adds a nice bit of detail, don’t you?  I can’t wait to see all the horses that will be made with this pattern!  I’ve really enjoyed the photos of the Spike dolls that you have been sending me!  I’m thrilled that Spike is getting such a positive reception!

Now on to my next project.  I have two lined up and I’m not sure which to start first.  Both have late November deadlines so I guess it doesn’t really matter which one I start, as long as I start now!  🙂  Til next time, happy crocheting!!

18 Responses to Lucky the Horse