This is the very first publication where you can find my patterns! I connected with Joke Vermeiren (Amigurumipatterns.net) back in 2012 at an extremely opportune moment in time! She was searching for new designers  to take part in her new project, a compilation book of amigurumi patterns!  She was planning to use group funding to raise enough money to publish and sell the book.  We all had our fingers crossed that the group funding would go through and thanks to an enthusiastic response from the amigurumi community,   ZOOMIGURUMI was born, printed, and shipped out to crocheters all around the world!  It was such a fun process to be a part of!!  This book has gone on to multiple printings  and has been translated into Dutch, German, and Korean!! A French version should be coming later this year.

You can find my Lil Quack duck and Wasabi bunny patterns in this book! 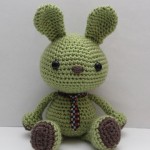 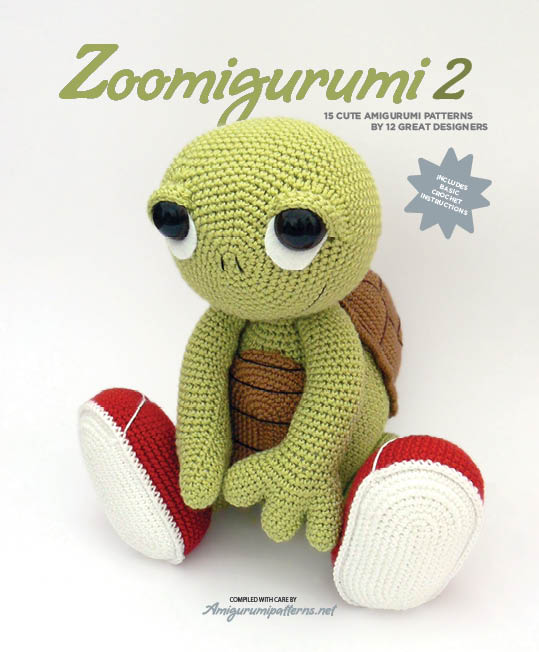 Zoomigurumi 2 was released in 2013 and my Humphrey the Elephant can be found in here.

This book will soon be translated into Dutch, German, and Korean. 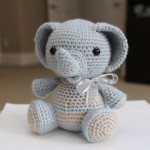 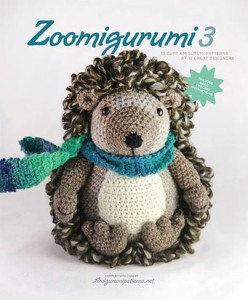 Clementine Cow, a California State Fair prize winner and Cuddles the Sheep, my biggest amigurumi to date can be found in this book. 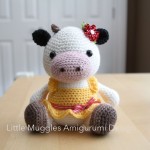 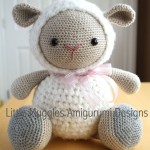 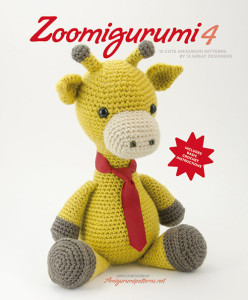 This one was super exciting for me because my Stanley the Giraffe is the featured animal on the cover! 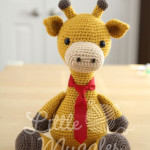 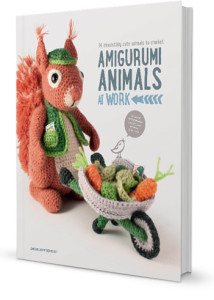 Animals at Work! (2014) Amigurumipatterns.net held it’s first ever crochet contest, with the theme being…you guessed it! “Animals at Work!” My Parker the Newsboy Pig was included with some truly awesome creations that came out of this contest! 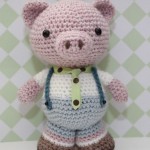 Zoomigurumi 5 – Released in 2016! You can find my Scout the Puppy pattern in this volume! 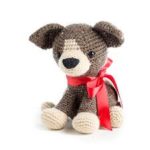 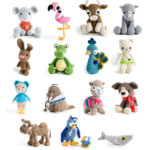 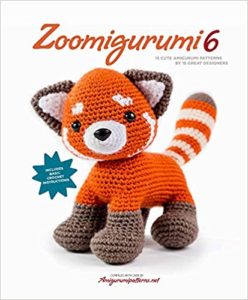 My Rudy the Red Panda made the cover of Zoomigurumi 6!  What an honor! 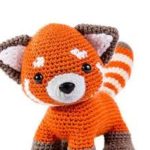 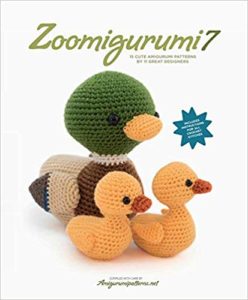 My design of Meyer and his baby ducklings made the cover! 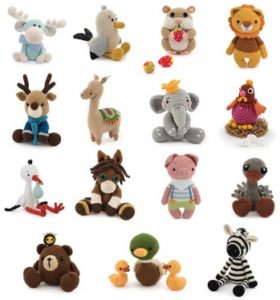 My Sherman the Sloth pattern is included in this book!